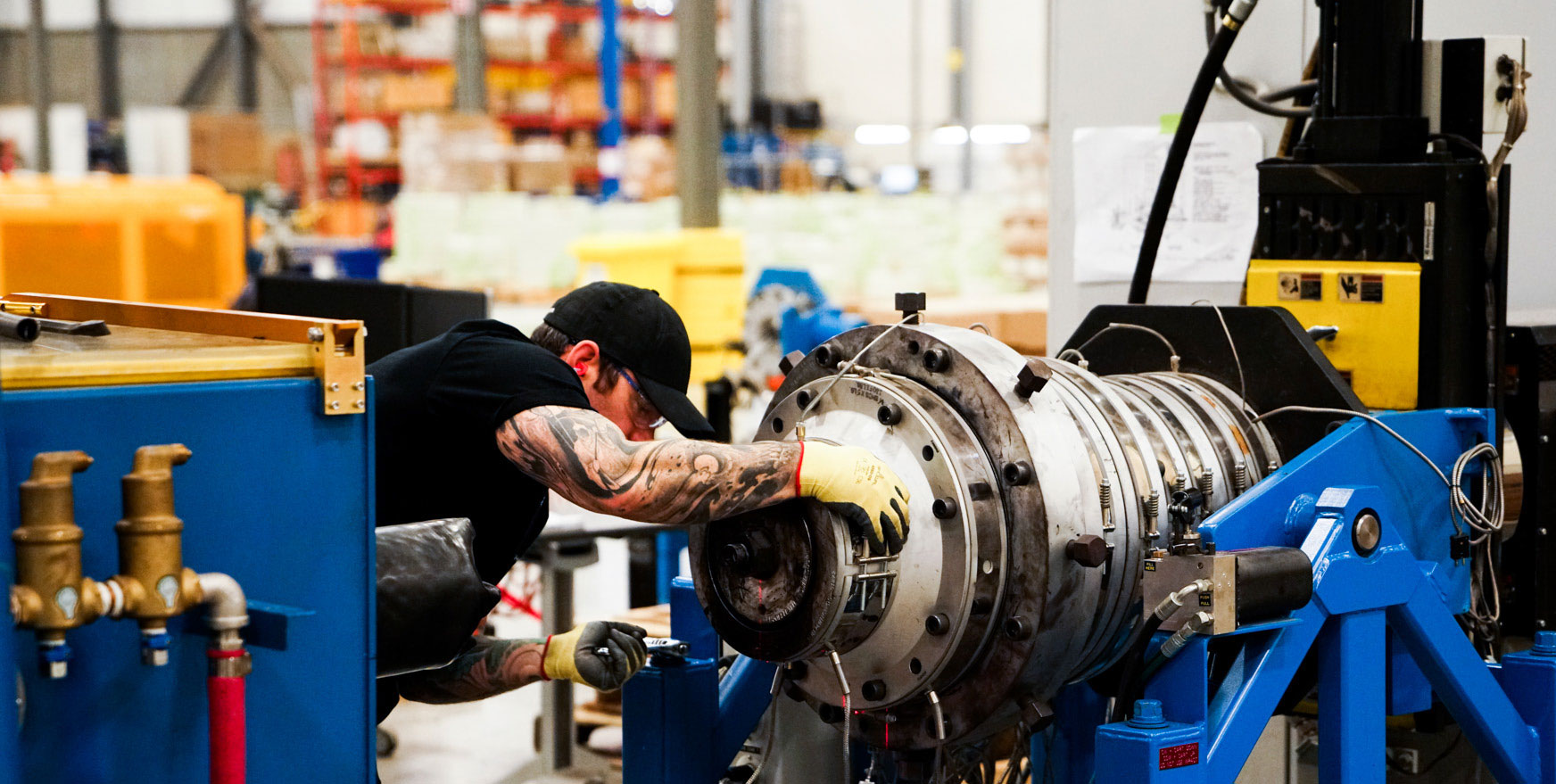 The manufacturing technology group at a Canadian integrated energy services company needed to create an automated handling machine to load large glass reinforcement tape pads. This was required to significantly decrease changeover time and increase plant throughput. The tape pads weighed anywhere between 115lbs to 230lbs, and were too heavy for a person to handle. The ‘pad handling’ machine would sit over tape pad pay-off stations on the pipe reinforcement machine, with four end effectors to pick up reinforcement tape pads and place them on controlled pay-off hubs across four quadrants.
The cost needed to make the custom parts for the machine was unreasonable. “These one-off parts usually have a three- to six-week turnaround time,” said Phil M, a Senior Mechanical Designer for the division. Having the machine up and running was going to increase plant throughput by 15%. The company faced a lose-lose situation — either they pay a lot of money to build the machine, or lose out on plant throughput increases. 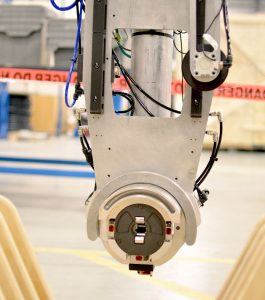 Phil and his team had heard about Markforged and realized that they could print several of their custom aluminum parts on a Markforged 3D printer. He put the business case together, showing the potential savings, and purchased a Markforged Mark Two — a desktop 3D printer capable of printing in continuous fiber. The team started printing parts for the machine, and found they could do so at a reduced cost. There are now 53 unique printed parts on the pad handling machine, including fuse covers, end effector laser sensor mounts, mechanism covers, bump stops, motor mounts, and more. Additionally, the team has replaced machine parts that broke during testing, or needed tweaking, with Markforged printed parts that they can print overnight, put back on the machine, and test the next morning. These replacement parts are integral to keeping machine development on time.
The company has utilized its Mark Two’s ability to embed continuous fibers to ensure extra strength in certain parts. Phil estimates that around fifty percent of the printed parts have been reinforced with Kevlar®, HSHT fiberglass, or carbon fiber. “For shock-loaded parts, we chose Kevlar or HSHT fiberglass, and for parts we wanted to be more rigid, we chose carbon fiber,” says Phil. The design team saved $27,000 CAD by replacing aluminum and sheet metal parts with 3D printed parts on the pad handling machine alone. 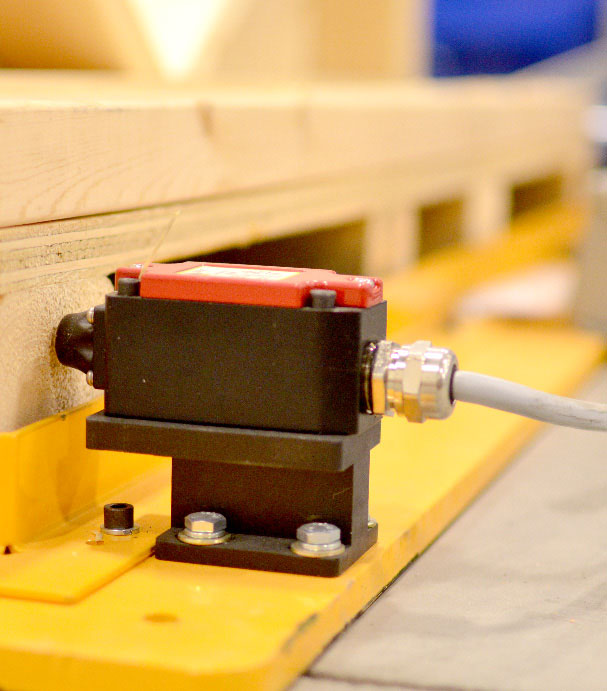 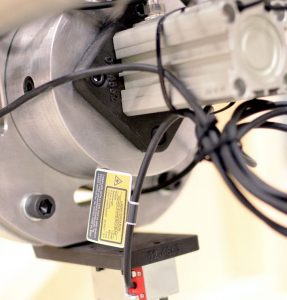 „Every month the pad handling machine isn’t up and running, we’re missing out on over 15% of increased plant throughput.“
– Phil M., Senior Mechanical Designer

“People were blown away by the overall quality; they never thought they’d see printed parts being put on machinery that’s actually going to be used in a production manufacturing environment.”
– Phil M., Senior Mechanical Designer 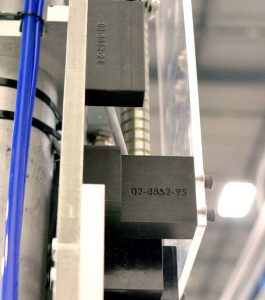 The Markforged Mark Two has since garnered a lot of attention from engineers across the company. “People are now starting to realize that you can prototype faster and iterate faster,” says Allan C, Electrical Engineer at the company At first, other employees were concerned about the amount of time it would take to operate the printer, but Phil had no apprehension about it. “It takes me less time to set up the print than it would take me to create a purchase order to get the part from a machine shop,” says Phil. Initially, only three engineers and designers were using the printer, but now it’s being utilized across division and by the product engineering team who use it for prototype parts and test fixtures. The printer has become an attraction at the facility, “When people do tours of the plant, they now point out the printer as something cool and cutting edge,” says Phil. 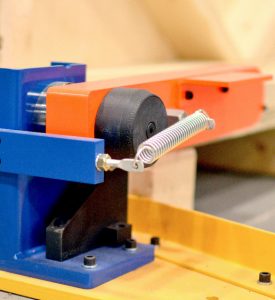