Production 3D Printing is a reality for
Clenaware Systems Ltd

Clenaware Systems are proud of the products they design and manufacture and rightly so. Their range of high-quality Sovereign Glasswashers, Jubilee and TD Dishwashers and Airack Glass Dryers are designed and built in their UK factory using the highest quality materials and parts.
Constantly striving to improve their products, services and the customer experience means making sure that their products are reliable in use and that they consistently deliver first class results.

Ian Weston of Mark3D UK spoke to Clenaware Systems CEO Richard Harris in a “round table chat” about the integration of 3D printing at Clenaware.

#2 When did you first get into 3D printing

#3 What was the first application you evaluated?

#4 What was important to you from a
technical aspect?

#5 How many parts are you printing?

#6 How did you ultimately justify the first printer purchase?

Feel the strength of the 3D printed parts for yourself.

#7 How did you find the initial learning curve?

#8 What is your favourite application or part?

#9 How are you thinking different about your design to manufacturing process?

#10 How many printers do you have now?

#11 Why did you take out a success plan on the printers?

#12 What’s next for you with Additive Manufacturing

Read all about the case study

To remove the long lead times, reduce stock and the high costs associated with tooling:

Developing new products that contain a lot of parts can be a costly business, particularly when the product quantities aren’t huge. As a ‘hands on’ Managing Director Richard Harris gets involved in the day to day design and build of Clenaware Systems products. Working closely with the R&D and Technical Director Vic Carpenter, keeping new product development and production costs under control is an important part of the business.
Richard says, “We looked at the cost of developing our new products and realised that for the number of parts we need, investing in tools was a big and expensive step. We also thought long and hard about the stipulations from suppliers for minimum order quantities and wondered if there was alternatives”.

“One of the parts we needed was a complex moulded shape and we were being asked to order them in batches of 1000, which would last us years! I have lots of examples where we’ve bought a large number of components only to see the part superseded later, which can leave us with redundant stock on our shelves. The tools we were sourcing were from various suppliers in the UK and we often leave the tools with suppliers, covered by our insurance, until they were needed. Any change to the tool was a long drawn out process and usually expensive. Our initial thoughts were to focus on R&D and to make sure that we minimised our cost of change on these tools, by printing and approving final designs before committing to anything else, but actually it turned out much better than that!”

Markforged 3D Printers from Mark3D:
After some research and background information gathering, Clenaware Systems approached Mark3D and arranged for an engineer to visit to understand the goal of the business. After listening and helping further refine the business requirements, Mark3D ‘walked the line’ to examine parts and suggest suitability for printing.
Over 100 parts were identified as potentials for 3D printing, ranging from parts such as nozzles, door catches and cable management devices. Mark3D then spent some time with Richard and Vic to explain the range of machines and the benefits of each of the specific materials.
Agreement was reached to purchase 2 Mark Two printers with 3-year success plans, one focusing on Onyx parts and one for Nylon parts. Soon afterwards 2 more Onyx One printers were added for additional capacity.

Feel the strength of the 3D printed parts for yourself.

When Vic and I began looking at 3D printing to see if it was viable for the business, we had no idea where it would take us. Now we’re some way down the road I have no regrets at all. Our stock levels are under control and we very often print to order, and R&D has been so much easier too.
– Richard Harris, Managing Director, Clenaware Systems Ltd

I’m pleased I met Mark3D, they’ve been good to work with and have really helped me along the journey. From the moment we printed our first part and were encouraged to think big by leaving it printing when we went home, we haven’t looked back.
– Richard Harris, Managing Director, Clenaware Systems Ltd

Where did Clenaware get an ROI?

Buying tools is an expensive business which means Clenaware Systems had to calculate the payback over a reasonably large volume of parts. However, that’s hard if you sell your products in small to medium batch sizes and want to change your designs regularly too. To justify tool costs parts had to be ordered in large volumes and kept on the shelf for ‘future’ use.
New product development is another area where Clenaware Systems found benefits. Gone are the days of designing machines around existing parts that are in stock, they now have the freedom to experiment with multiple iterations until the design is signed off. Of course, each one can be verified for form, fit and function as soon as it comes off the printer, so feedback is instant.
A tour of the facility confirms that 3D printing is making a big impact, there are parts being fitted every day now that have been designed and printed onsite. They are fitted directly, with no re-work.

What is being 3D printed now?

Clenaware Systems have thus far moved half of the original 100 target parts over to a printing process. The remainder are still stock items or will need some engineering change to optimise the printing process.
New parts which are specifically designed for 3D printing appear on the production schedule on a regular basis, as do items that are no longer supplied by the OEM. “One part we used in our electrical design has been discontinued by the supplier leaving us with a potential issue” says Richard. “In real terms it wasn’t an issue for us, we simply designed one ourselves and used a few bought in parts to get around it – it was so easy to do”.
“When you rely on production machines it’s important to look after them, so we made sure we arranged with Mark3D to regularly service them and backed this up with a success plan to cover spares and provide discounted materials”, says Richard. “Mark3D called the other day and told us about a new material that has been released and we’re going to give it a try, we’re always up for trying new things”.
EA tour of the facility confirms that 3D printing is making a big impact, there are parts being fitted every day now that have been designed and printed onsite. They are fitted directly, with no re-work.

Did the ROI meet target?

Clenaware Systems didn’t set out to directly measure the ROI. Richard has his finger sufficiently on the business pulse to know if things are right, and he’s happy.
Sometimes when stocks have been built up the machines have a day off, but it isn’t long until they start up and the familiar background hum begins again. “The machines aren’t at all noisy, however it feels strangely quiet when they aren’t running, it also acts as a reminder to me that I’m not saving money somewhere” says Richard.
Asked if he’d do the same thing again Richard will happily tell you that it’s one of his better business decisions and he fully expects investment in more machines sometime in the future. Each and every time Clenaware Systems save money by not buying a tool the decision is further vindicated. Taking a huge cost out of the business allows a bigger spend on R&D and ultimately better products, which is something the team take great pride in.

Learn more about the applications with the Desktop Series!

How do I design correctly for filament 3D printing? What do users say and where can I find more information? – This is the right place for you! We listed some information leading you directly to the matching answers. 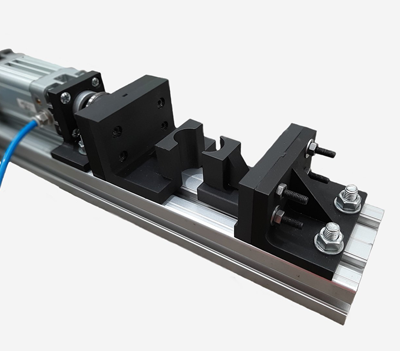 If you’re talking about the economics of 3D printing, this guide should help you calculate the ROI of a Markforged 3D printer. 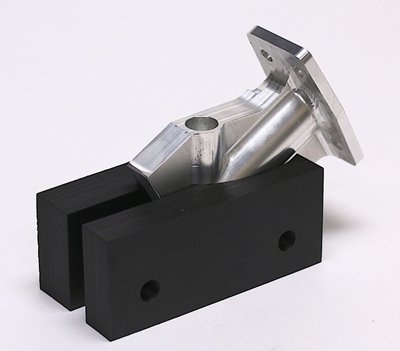 In this guide we show how you can complement your manufacturing with 3D printed tools. How can you determine a good application? What do you need to consider? 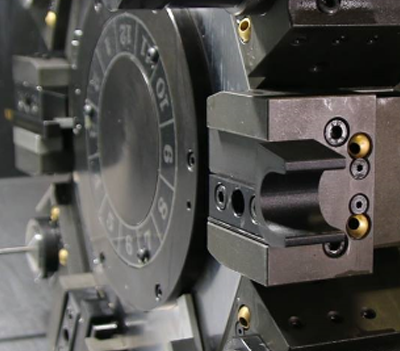 You can find some case studies and how much cost and time can only be saved by replacing an aid. 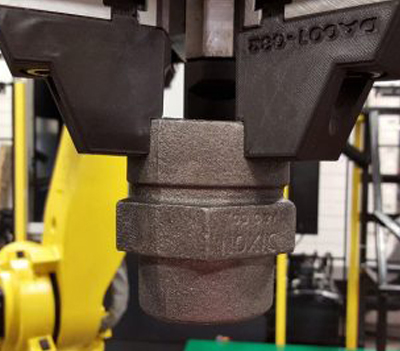 AM on the Production-Line

This white paper provides structure and clarity to that task by demonstrating strategies and applications for integrating high strength AM opportunities on the manufacturing floor.